Zev Robinson’s serious interest in film started when he was 13, went frequently to cinemas, and has watched thousands of films of every genre. Digital technology gave him the possibility to create a series of video pieces and other time based works as part of www.artafterscience.com, a collaborative project with computer programmer Adrian Marshall. Robinson’s 30 videos, including experimental documentaries, performance based works, and appropriated pieces using old films, have been shown at ARCO Madrid, Loop Video Art Fair, Barcelona, and in galleries and film festivals internationally.

The use of time is a major concern, with still shots where only small elements moving or where something suddenly happens, and with the repetition of same clip at different moments in a piece to create different connotations and a sense of memory.

Over the last five years, Zev Robinson has worked on documentaries, creating four feature length films, but is currently developing other video installations.

More videos and time-based and interactive works at www.artafterscience.com 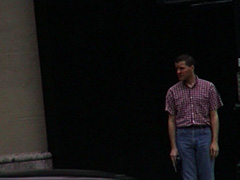 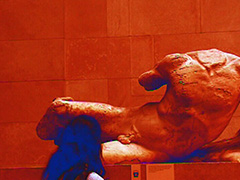